Is Your Brain Wired For Fear Or Fun? - Wellness Leadership Academy

Is Your Brain Wired For Fear Or Fun?

I remember when I was in my late teens to early twenties, I had this urgent need to throw myself into things that were a little risky but a lot of fun.

I remember jumping off cliffs into powder snow, getting on a plane with a one way ticket around the world not knowing where I would end up, or following a new friend to Mexico just because I could… all things that now seem down right dangerous.

Then I grew up.

I got a job, a car, a mortgage, had children and woke up one day realising that in the last 25 years I’d taken a lot less risks.

Today, I have an unrealistic fear of doing things that are even the slightest bit risky: public speaking, going to new countries, even meeting new people at a function.

And it got me to thinking, what has this avoidance of fear done to my brain?

It’s true that when we are young our brains are not fully developed and therefore risk-taking is a lot easier. It’s also true that when we’re young it seems we have less to risk, no commitments and fewer responsibilities.

But what if that was just an excuse?

What if, through the years, we’d started to train our brains away from fear, to take off at the first glimpse of something daunting – rather than challenge ourselves to have a go? What if this avoidance, for the sake of ‘growing up’, actually rewired our brain to avoid fear at all costs?

When we work with Wellness Leaders all over the world, we often see people become frozen with fear when facing what might appear the simplest of tasks.

This could be putting a social media post up, identifying their magic or taking up a networking opportunity.

In other words, we see so many people that are aware of what they have to do to get their message out to the world, but who are terrified to execute those actions and get mobilised.

So once again I wondered: What if we’ve trained our brains to avoid anything that has any form of risk associated to it, because of fear?

If this is the case, if we have been avoiding fear ever since we were young, then it would make sense that all these years later the brain will continue to avoid risk at any cost – no matter how big or small the risk actually is.

So how do we change this reality?

For if we don’t retrain our brain, then that is the exact reality we face. It’s what we call a ‘little by little’ epidemic.

We start by avoiding the little things, the things that have a tiny perceivable risk. Like I’ve said, this could be meeting new people, or going to social functions, or maybe even a trip to the snow.

Every time we avoid something we fear, we confirm to the brain that this perceived circumstance is risky and should be avoided in the future too.

Over time, with the pattern repeated and reinforced, the puppy understands our command and then begins to scratch the door to go outside and do its business.

Like the puppy, we too have to train our brains to do the things we know we need to do – go to social functions, engage in public speaking, travel to unfamiliar places – if we’re to get our message out to a bigger audience and in turn help more people with our amazing healing gifts.

So here are the 3 steps I take to train my brain for success:

It’s important to realise that because of the insidious nature of our brains, you may not even recognise you are in fear.

Fear, or the avoidance of fear, may be so ingrained that you don’t even register the signs. So understand that any time you identify an action that would help propel your business forward, but you don’t take it out of dread or fear, then this is a fear response.

These fear responses are often disguised as practical reality, meaning that we will find any manner of good excuse not to take the action. We will conjure up any feasible excuse in order to sidestep this action. This is just fear.

So the moral of this story is to identify when the fear response kicks in, make a plan to say YES more often and take the action regardless of the feeling. And eventually, mobilised enough times, your brain will start to rewire itself.

Soon, you’ll become comfortable doing the things that scare you, but which deep down you know will help you impact many more lives.

It’s time to mobilise your potential and make success happen. So get inspired, have fun and together we will move the world to wellness.

FREE MASTERCLASS:
HOW TO BECOME A
WELLNESS LEADER
Get Access Now!

FREE MASTERCLASS:
HOW TO
BECOME A
WELLNESS
LEADER
Get Access Now! 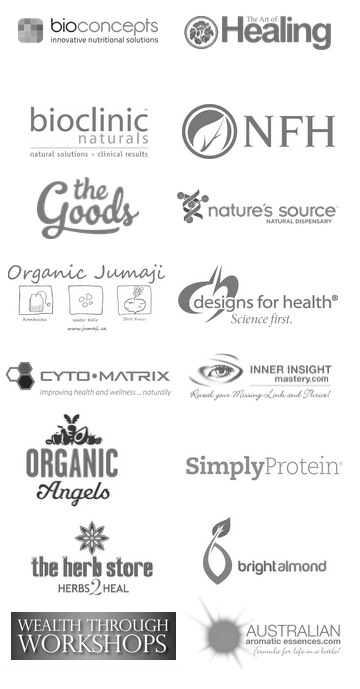 FREE MASTERCLASS
HOW TO BECOME A WELLNESS LEADER
The 5 Steps to Building a Holistic Business that Gives your More Time, Location and Financial Freedom

You have Successfully Subscribed!

Register Your Details Below

You have Successfully Subscribed!